I can't get enough. The eats are what makes it so damn fun. The carp were in really skinny water this afternoon eating fry and what looks like small baby catfish. Great numbers of youngters on the fly today. I also obverved them doing something I havn't seen before. They would almost crawl into water that would just cover there back and sit. Just sit motionless. I blew out a couple that were actually behind me when I was wading calf deep, so I backed off to dry ground/shore and started watching them. They would literally NOT move and ambush from that position. I caught two or three this way. If you put the fly on there nose they would literally explode on it. Some cool shit out there! 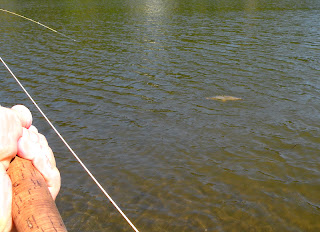 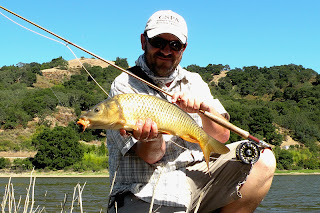 The day dodn't start all that great though. I set up first this morning on a high pressured city creek that has some really shy fish. It's always worth a shot as they are excellent quality, good clear water and usually morning eaters. Down side, almost zero backcast room and not so great high banks that make it easy for the fish to bust you so one needs to be creative to put it all together. Getting them to go is not easy to do but well worth the effort and pay off when everyhting lines up. There were a few quality fish tailing good but I couldn't feed one to save my life. Between the striat up refusals, missed shots and the grabby willows that always seem to screw me I had to take a deep breath and call it about 2pm. The window there is about 9-11 so I gave it a longer than I should have and hit the road to the lake flats. 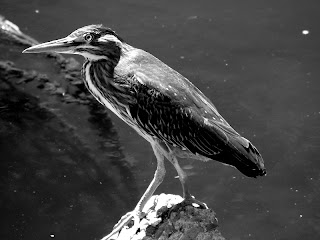 Hit the brine yesterday. It was greasy flat all day with almost no swell to speak of. Absolutly gorgeous day on Monterey Bay. Fishing was not too bad either. Was really wanting and hunting for a Halibut but we were kept busy with the Rockfish and it never happen. It was good fun. Amazing amount of life out there. Porpoise and birds were everywhere working over huge schools of Sardines and Mac's. Rockfish are really good eating but since everything we caught was relativly shallow, we released them all.


Today I kicked around the idea of hooking up the boat but, eventually decided to do some Carpin instead. Its been a wierd  year so far on the Carp front for me. I'm sure it's due to the strange ass weather we've had all season. I've had short bursts of really good fishing with some nice fish thrown in and then long spells where there just isn't any, or very short windows of, active flats fish. Spawners have been around, but I dont mess with em and I'm talking about active tailing and mudding fish. It's just been really inconsistant as apposed to years past. Anyone else out there seen the same thing?

Fist lake had bankies all over it so went on a hunch and checked reservior that numbers are usually the deal. Stayed positive but I didn't get my hopes up. I got up on a high point when I first arrived and could see half a dozen shallow tailers and maybe a dozen deeper mudding fish in a football field size area. You know that feeling! I was pretty anxious to get my ass at there level and get to work! Size was average to a little on the small side but I really didn't care. They were agressive and really busy. I only saw one double digit fish tailing and just couldn't get a crack at her.

In my area,  Mid-day in the gut of the summer around these parts is numbers time with lighter 5-6wt sticks. In the 6 hours I had 25-30 shots and stuck 13 so I was pretty satisfied. Some of them would lift there body half out of the water to get on that bug! Can't buy that kind of fun. I left them eating and might just have to go back tommorow. 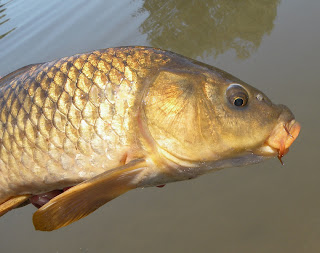 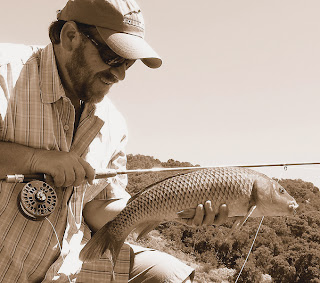 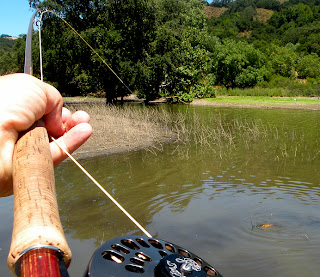 This last moon phase screwed with my striper fishing a little. I was getting a little spoiled with all you want type fishing and had to work for them this time. I knew the large aggressive schools of fish were going to break up as we move into a dog days of summer type pattern eventually. Summer usually consists of wind, wind and a little more wind! Bait has shifted and is spreading out which always repositions the fish. Once we found them, they would eat but it took a while to find a concentration of active fish and they were spread out from the surface to about the 50ft mark. Wind was on order and played hell with casting flies and kept us on our toes trying to find fishable water and off the good off-shore areas for the most part. We finally had enough of that shitty wind and head to the barn with it blowing about 25kt and building quick. We'll get em next time! 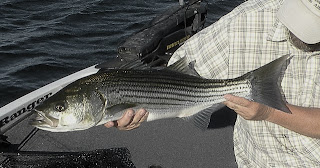 Since I live somewhere in the middle and close to hundreds of miles of low pressure Coastal Rivers, streams and even lesser known creeks, Ive been doing some exploring for new water this last year or two. Left the house about 3 and spent the afternoon playing around with some pretty little coastal natives. Not another human was seen while we were there. It was perfect.

Carp on the fly..

Checked two or three places and decided on a local lake close to home. The other places I checked seemed to have the same fish doing the same thing, except they have much higher water levels that can make access to good water almost impossible until the levels drop a few feet and expose some good productive flats.

Over all I had to work for everything today. Fish were tailing around clam beds out of range when I arrived about noon. I started seeing singles here and there as the day went on.. No grabs the first couple of hours but kept at it and scored three legit eats. One motored down on the fly and I blew it, the other two were small but I'll take em! They were good strong fish for there size so it was ok by me. With flats so stained/muddy an all black bugger was the only thing I had confidence in, and it worked out in the end.

Clams are definitly part of the Carps diet. Just not sure how to incorporate it into fly fishing for them at this point, or if it will even make a difference. I've seen the Gulls here for years digging up clams, flying over to a paved area and dropping them from about 50-60ft, and them land and eat the broken clam. Prett damn smart.

Started out at first light with some decent bass and Gill fishing..About noon we were cooking in hi 90 deg heat and decided to make a move. We pulled out and splashed the boat on Striper water not to far away. Wind was 20-30kts from the north and we struggled to find some fishable water lee from the wind..We finally settled on a less than desirable area with singles here and there but it worked out for a dozen Stripes between the two of us. All in all an ok day.

Posted by David McKenzie at 6:36 AM 1 comments

As you can see I've had Stripers on the brain for while. We got out at first light with the intention of getting out of there early before the heat was too bad. Fished first light till 11:30am for plenty of hard pulling schoolies. Nothing big today but great numbers of 4-6lb fish in isolated areas. Good numbers of Mesquitos too! Bastards tore me up! The fly and Light tackle artificial bite is all you could ask for right now. Sadly, the fishing will taper off to a normal summer pattern here shortly when water temps start getting really warm.

have been brutal hot. Yeasterday was scortching on the water! Lots of fish and a great time but baking in the sun is not what I wanted to do two days in a row. Slept in a little, finished up some much needed boat work and headed over to the bay to fish off the rocks. Treasure Island to be exact. Its one of my favorite spots in a heat wave as it's always cool and breezy. The island sits about a mile east of San Francisco right in the middle of the bay.

As expected, the weather was awesome there and about 75!  Fished a couple of Surf Perch holes for a few and cast for Stripers with gear on some great looking water for nada. Inbetween, there were  side shows with cars in the large aboanded Navy Base parking lots going on. At the entrance to the island someone constructed a large Stainless Steal Wire art sculpture. It stands about 40' tall and was pretty impressive to say the least. It was pretty obvious a lot of work went into it! You can read about it here.