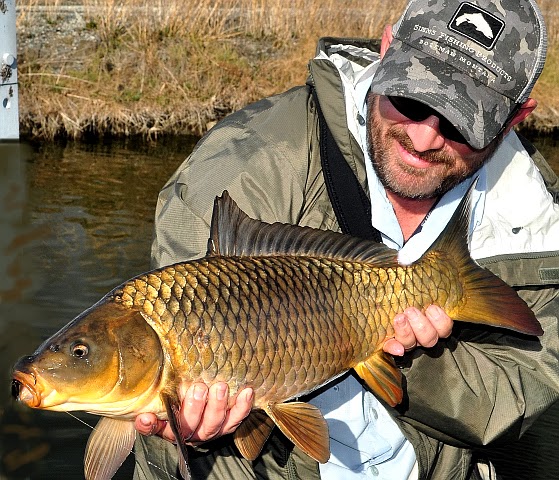 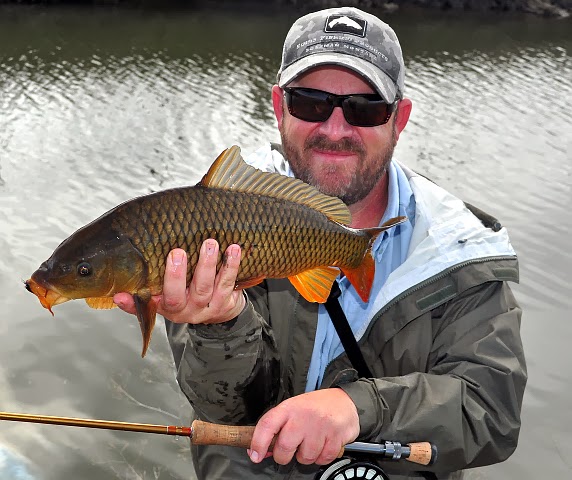 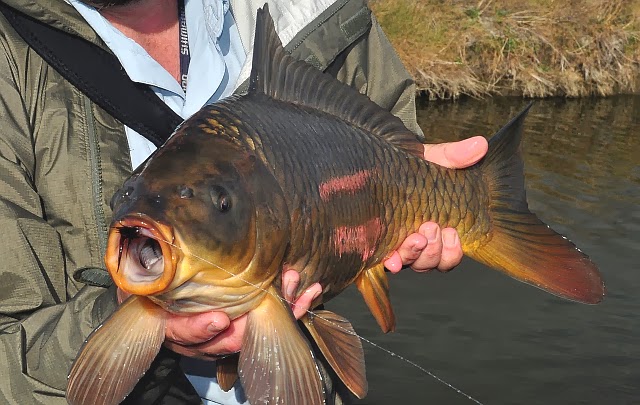 Carp on the fly..

Fishing is good..Carp are up and moving around like they normally do in late winter/ early spring.  We are on day three of a Pacific front that is dropping some decent rain fall which we need so badly. This front is coming across the Pacific from from just north of Hawaii  and air temps are very mild. A warm front like this really gets the fish going. All species for the matter.  A steelhead addict friend of mine and I hit some areas yesterday that have been occupied by Duck Hunters for the last few months. Season is over for them and I knew those fish would eat.   Average fish was around 5lbs but we had a few shots on  Carp in the 10-15# class and I stuck one around 12#.  A thick fish with unusual light colored fins. Almost like a ghost carp. Super strong for it's size.

Darren and I both lost nice fish to break offs which can be very frustrating.  Our plan was to go  in different directions on a loop trail so we could cover a big swath of water and eventually meet up.. It is roughly 3.5 miles on the loop. Shots on fish were not a problem and schools of 5 to 10 fish were  moving through very shallow marsh. The challenge is this march area has ridiculous obstacles so when a good fish eats  & gets tight, some luck is involved in a getting them clear of stick ups on the initial run or they will weave you a sweater in that shit pronto. You HAVE to put heat on them or they are gone 100% of the time. We never got a drop of rain on us but it was clearly heavy to the North and South of us.  Air temps were in the mid 60s with gray skies. Fish were tailing/dimpling and easy to spot from long distances so the lack of light didn't affect us like it normally would have. It actually helped hide our shadows in an otherwise open area with no back drops and close quiet presentations weres much easier than it would have been in blue bird skies and casting from a crouched position. Good solid fun! 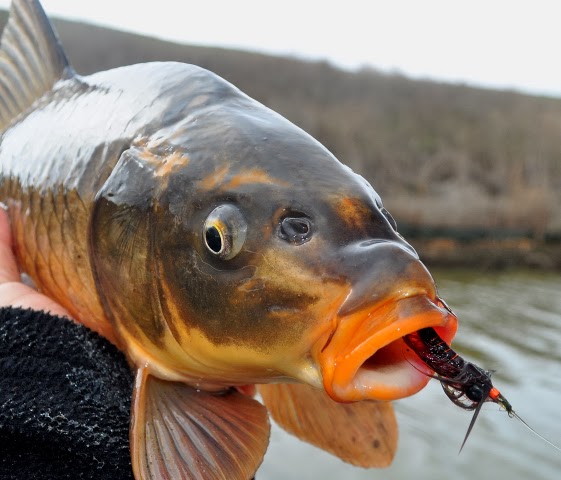 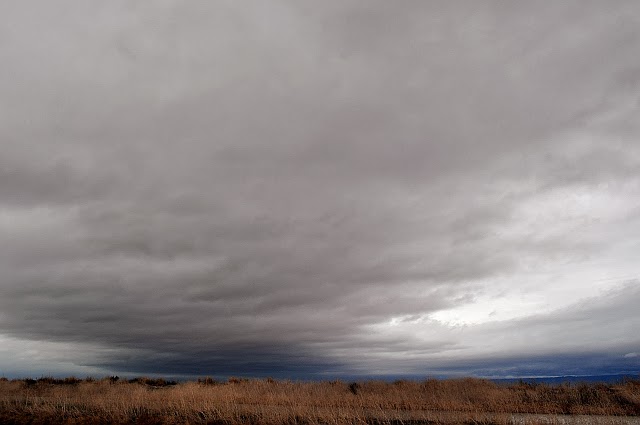 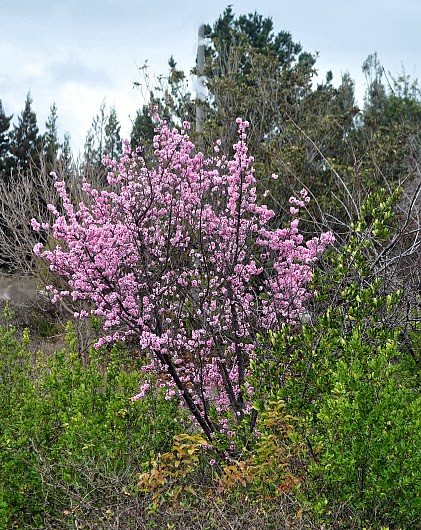 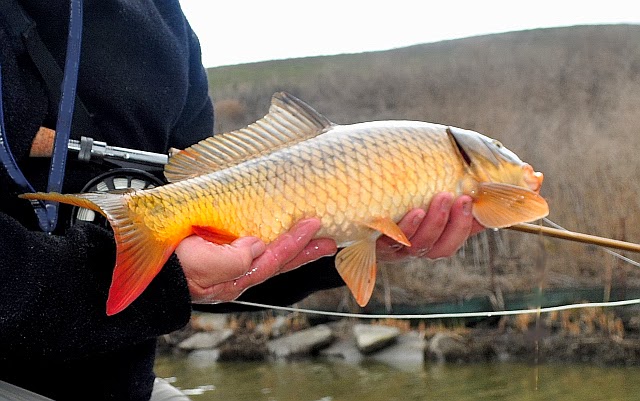 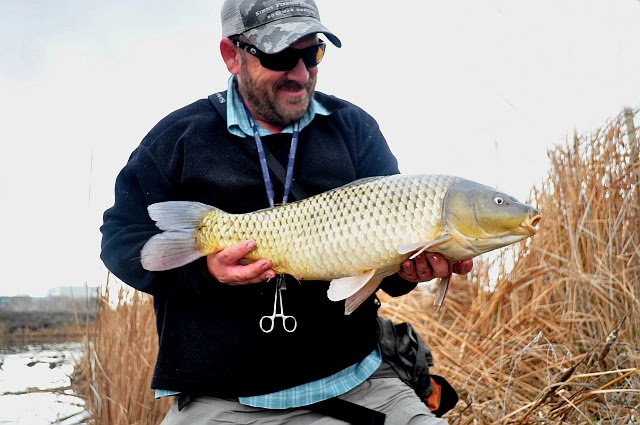 Posted by David McKenzie at 8:22 AM 1 comments

has brought us a little rain and we will take what we can get.   Most of the quality fish vanished from a week or so ago porbobably due to lower temps. Large schools of juvi Carp in the 2-5lb class are everywhere and aggresive!  A four hour walk will keep you busy and is still good fun on a 4-5wt. Actually, the small scrubs are pretty selective and not as easy as one might think. Just not as exciting if you know what I mean.  Air temps have dropped from the 70s to the low 60s and that doesnt help but its all good, we need this damn rain so bring it on. 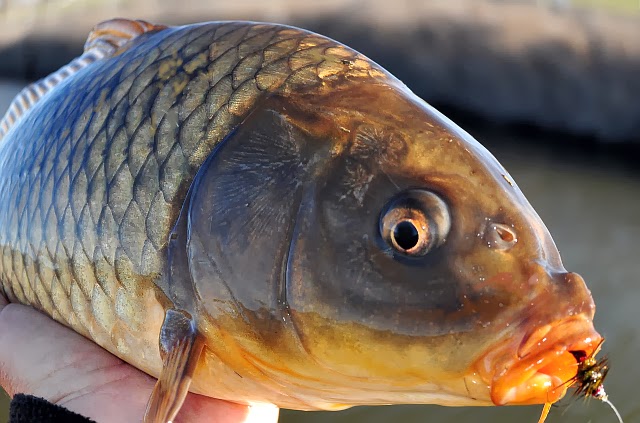 Posted by David McKenzie at 9:34 AM 10 comments