Weather has been pretty damn nice the last couple of days with highs in the mid 60's lows in the 50's. I've been splitting my fishing up between Stripers, conventional Bass fishing and Carpin. The bass fishing is great on the lakes but the Stripers and Carp on the fly have been tough as nails the last couple of weeks. Still getting a few Stripers but you have to work for them. The wildlife is out and about while chasing Stripers and makes for a great day on the water despite the tough fishing though. 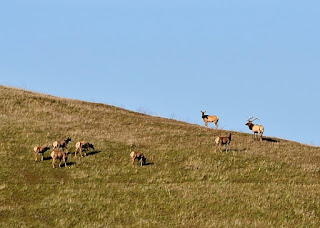 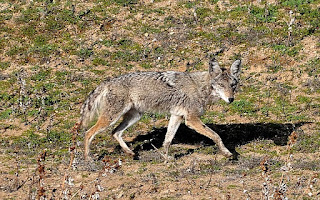 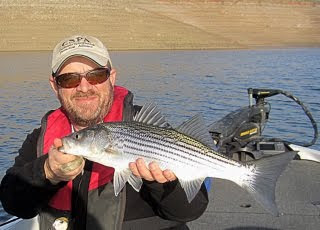 This weekend I decided to target Carp, and I hit em early since the afternoon just isn't that busy on the flats with fish. They were already crusing shallow bays and shorelines when I got there but the mood was off. They were more interested in each other with the warm morning and freaked out at the sight of a well placed fly. Water had dropped a bit and really cleared too. I ended up blanking but it was a good day to be out there. I cast on a half dozen fish that I felt were eaters and passed on a really good shot on a happy fish to wait for Mr. Koi, that was raising hell in the shallows. That damn fish probobly cost me a grab today but had I taken a stab at an everage common and fed it, there was no chance at a shot on a pearl white Koi that's been screwing with me the couple of weeks. I'll get that Koi eventualy but i'm going to have to be smart about it. Today she was just follwing and disrupting the daisy chain so after three or four refusals over the course of today, I will let her be tommorow and fool that fish when it lets it guard down. Here is a shot of the Koi from my early morning Carp blind commin at me. There is a lot going on in the pic if you fly fish for Carp! Especially for a January morning. There is a real shallow fish about 8-10ft behind it up on the bank making a slight ring from it's back poking out of the water and another fish about 50' further toward the pocket just past the little nob jetting out mudding around that was good quality, but never came in range. I'll sneek up behind that pocket in the morning and see whats up! 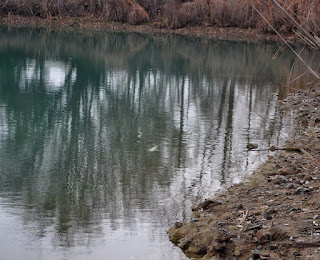 skies, wind and a cold January front the night before doesn't usually add up to the makings of great fishing. It did turn out to be a great day though. As expected the fishing was a slow pick at deep holding Stripers and we cast flies till our arms fell off. One here, one there sort of day. Still nice to be out on the water in the brilliant sun. Eagles were out watching over the lake and massive flocks of waterfowl. 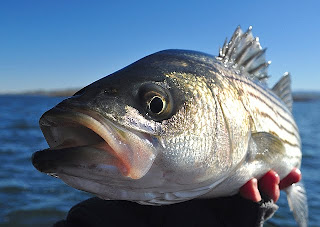 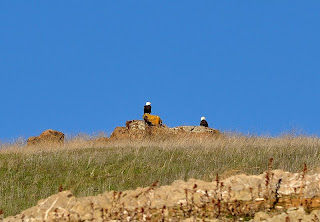 Posted by David McKenzie at 9:29 AM 2 comments

January Carp on the fly

Carpin was excellent right up until xmas but the recent full really put them down and the shot's were few and far between. Iv'e been down with a nasty bug this week but I did get a two hour session in today and was thrilled to see a good number fish. First couple shots were off line but ended up with two eaters back to back. They were both small 20" fish but I was stoked to stick my first Carp of the year. Also saw a pearl white Koi cruising with a couple of fatties but they were just out of range. 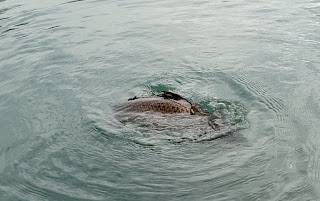 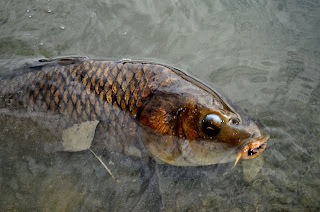 Rain fell on us most of the day but the wind was tolerable and late afternoon was beautiful. Fishing was slow over all but we bumped into a somewhat lethargic school holding in an area. We connected with three out of five grabs and I was able to stick a nice one to cap off what was already a really fun day on the water. 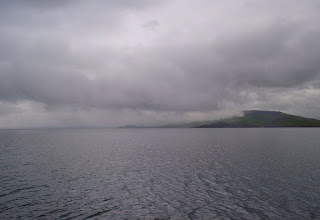 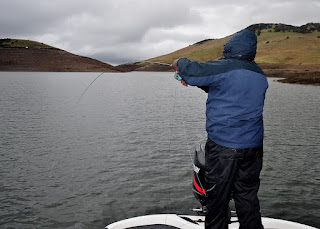 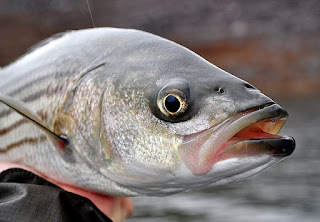 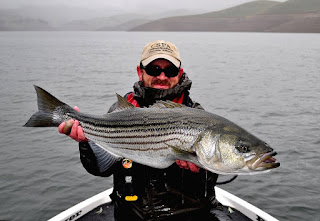 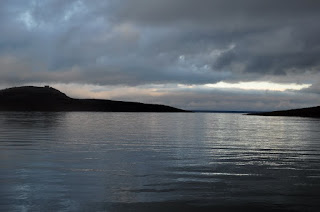 from here with the day's getting a little longer each day! The last week has been cold or raining with frequent fronts moving through. The Carp are like ghosts and move in and out of shallow water quickly. They still provide some decent fishing if you put the time in but it's more like turkey hunting right now! Got to wait em out to get the shots. 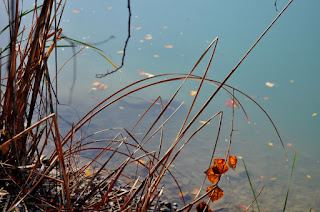 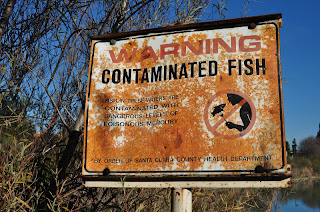 Spent New Years eve chasing Stripers and could only manage two fish for a good days effort.  It was nice to get on the water..No excuses here since conditions were pretty good. Just tough.

So with that, I decided it was time to see whats happening at the beach. It's definitly one resource I don't take enough advantage of so I got up and went for a ride new years day. Turned out to be a beautiful day on the Central Coast. I started by driving down hwy 1 down by Big Sur, which by the way is some of the most awesome coastline I have ever seen. Some really cool places to pull off on the cliffs and check things out. Surf was pounding so I slowly worked my way north toward Carmel peeping some Humpbacks from the cliffs that are migrating along the coast. I also hit some good looking beaches and one lagoon that will hold Sripers from time to time. Further North on the way home I found one deserted beach that held a couple of Barred Surf Perch and called it at sunset. There is a hardcore group of Surf fisherman and I chatted with a couple of them. Some fish Fly, others gear but all of them were cool and I learned some good first hand knowledge. I will be doing a lot more of it this coming year. 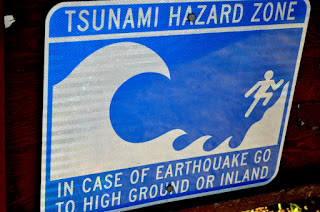