Small Stripers in the morning until the wind became unmanagable. Stopped off at a small back water on the way home for a couple of Carp. Tailers were working the likely spots and after looking at www.flycarpin.com and Trevor's thoughts on egg patterns I might have to play around with it. These fish are in ectreme shallow water and spooky as hell. The soft landing might just be the ticket on these bait pressured fish.

I hit a small farm pond close to home the other evening that has always been excellent for nice Gills but I couldn't get anything to go the except small Crappie on dries. Strange becouse I have never caught Crappie here in the past. Whatever, atleast the Ticks were absent. 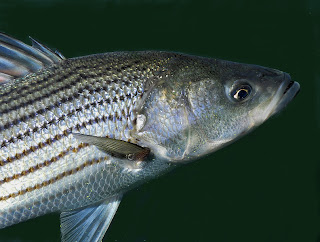 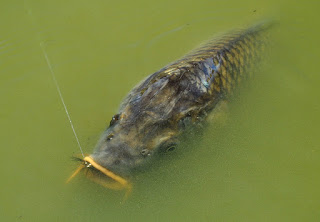 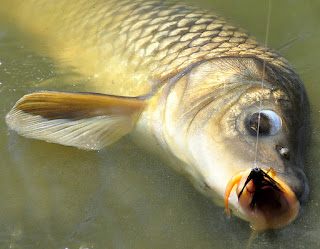 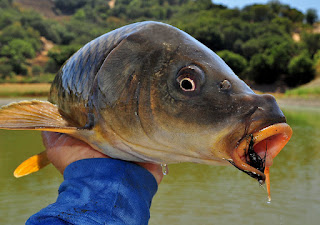 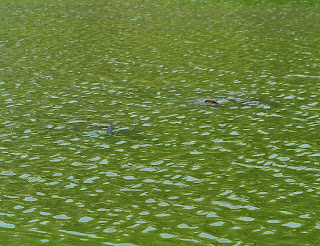 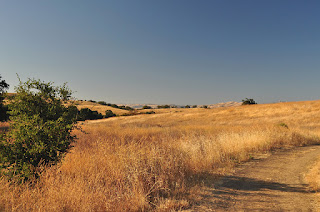 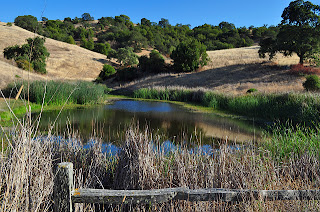 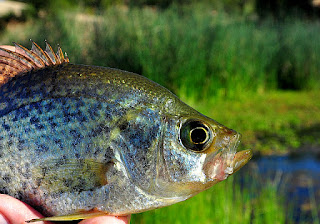 Posted by David McKenzie at 8:00 AM 3 comments

I just havn't felt the need to do any other fishing as of late despite the fact that the Carp have been a little moody the past week. I did get out with Dan Blanton on Wednesday. This wasn't his first carp on a fly but he had never targeted them. We have been trying to hook up for a while and give it a go so this was as good a day as any. We weren't faced with really good morning  conditions but we both had shots on fish and I really enjoyed getting out with him. Since we live minutes of each other we'll be getting out again I'm sure. It was a lot of fun and i'm pretty sure Dan will be catching lot's of Carp from here on out. He is pretty stoked on it. 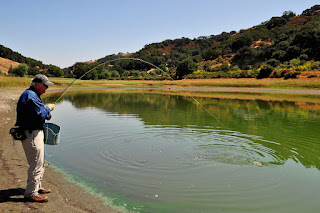 The past couple of days were spent looking for better quality fish.  It usually goes with out saying that the good ones, regardless of the spiecie are always in the toughest most challenging places.  Around here, with heavy bait pressure, the Carp definitly have a sense to know where to be to avoid humans. Over the past two days I was rewarded with some great shots on nice fish, a few nice grabs and sore body. I'm burnt with all the bush whacking and hill climbing!
This morning I picked a stretch that has always kicked my ass. There are strong numbers of nice fish, which keeps me coming back, but the damn Hydrilla is a huge problem and will often choke out with weeds in late summer only leaving small lanes. It's one of the larger slow moving rivers in my area. The fish that come out of there are black as tar with clear shallow water and strong as hell. I poked around for a couple of hours and scratched three shots one some nice fish. Landed two and the last one busted me with a bad cast. At around 9:30 am a endurance running event came through on a tiny trail and I found myself standing there with a fly rod amidst a mass people stomping through huffing and puffing. That was buzz kill to an otherwize quiet morning!  After that I spent the rest of the day looking at some new water that I know has a good Carp population but I didn't see any life and it was hotter than hell so I headed home for the cement pond!

Iv'e never been a fly tier. It's time consuming and I like to be able to just buy what I like and be done with it. I'm sort of being forced into it now since I go through them and at 2 bucks a pop I have no choice.

Finally had a break in the wind, at least enough so I could get on some Stripers. Striper have moved into the normal summer pattern. Fishing was decent and size was average. Reservior levels are really dropping and it was smokin hot on the water. Carp on the fly is excellent for numbers with hundreds of smaller cookie cutter school fish at most places but the damn wind has been brutal this last month! It has been some of the windiest weather we have had all year. Usually wind doesn't really affect the carp flats to much but 20kt constantly turned all my good flats over and made things pretty tough visually. It layed down over the weekend and the carp fishing really turned on once things settled and cleared a bit. 5-6 hours on Sunday gave up nearly 20 fish as apposed to the day before where I spent the day looking at new water all day and scratched out only one fish! Size was not stellar but they are hard fighting and challenging so I was happy with it. Thats a major improvement from one day to the next.  It's that time of year when I head up in the high country for Goldens. I'll be heading up there in a couple of weeks for a few days of solitude. Really looking forward to it. 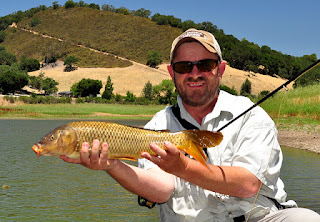 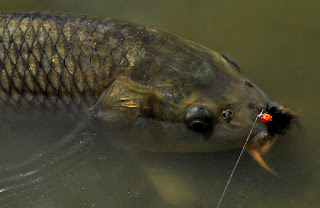 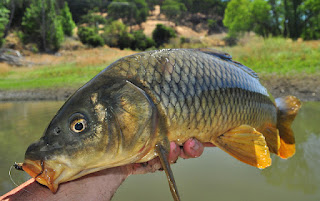 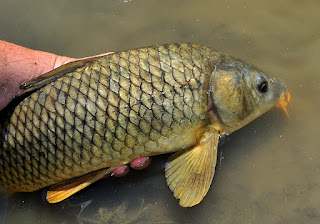 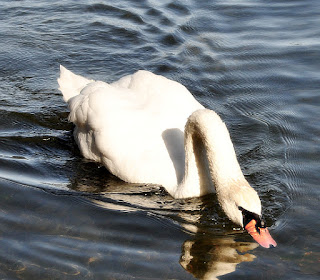 of summer around here can be blistering or cool marine layered mornings followed by wind. My plan was to pcik on some Stripers but the damn wind was honkin again early this morning. After watching the wind for an hour or so I decided to salvage the day and hit some carp. Overcast cool morning with some wind made things a little challenging early on with glare but from a high vantage point it was clear they were all over the flats so I settled in and tried to find good visual angles and cast at tailers. It was  clear they were spooky and some foot prints indicated there might have been some night fisherman around last night. It was one here one there type of day. Also had one come unbuttoned and a leader failure. Enough shots and fish to keep it interesting though. After the clouds burned off it was a pretty nice day around 80. The one fish that came unbuttoned actually did a rapid head shake that was amusing..The fish was coming at me and grabed with out tension and just shook like mad in place till it spit the bug. I've obviously had some spit flies but nothing like that! 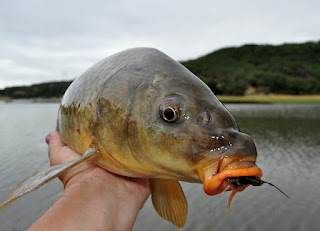 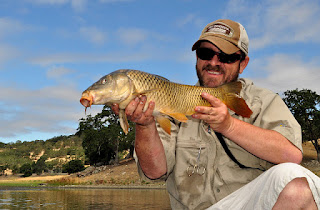 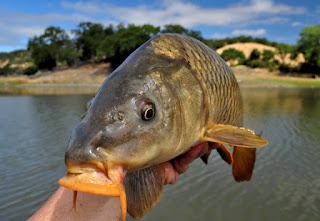 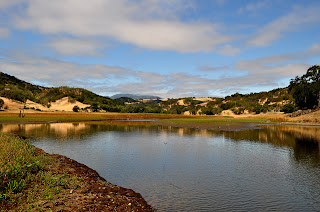